Saxon is a legendary English heavy metal band formed in 1977. Forma Estudio were asked by Silver Lining Music Record Label to design the 40th Anniversary Edition of their 1979 live album “The Eagle Has Landed”, to be released in year 2019.

The design had to maintain the same elements of the original cover, giving it a more modern touch and adding a big “40” representing the anniversary. We designed a 5 vinyl record Box Edition and a 3 CD digipak album

Both albums use a UV spot varnish printed on top of the design, using a dot motif that represents the eagle shaped stage lights the band uses on their live shows. We also designed posters, banners, merchandising items and several ads for heavy metal magazines in Europe. 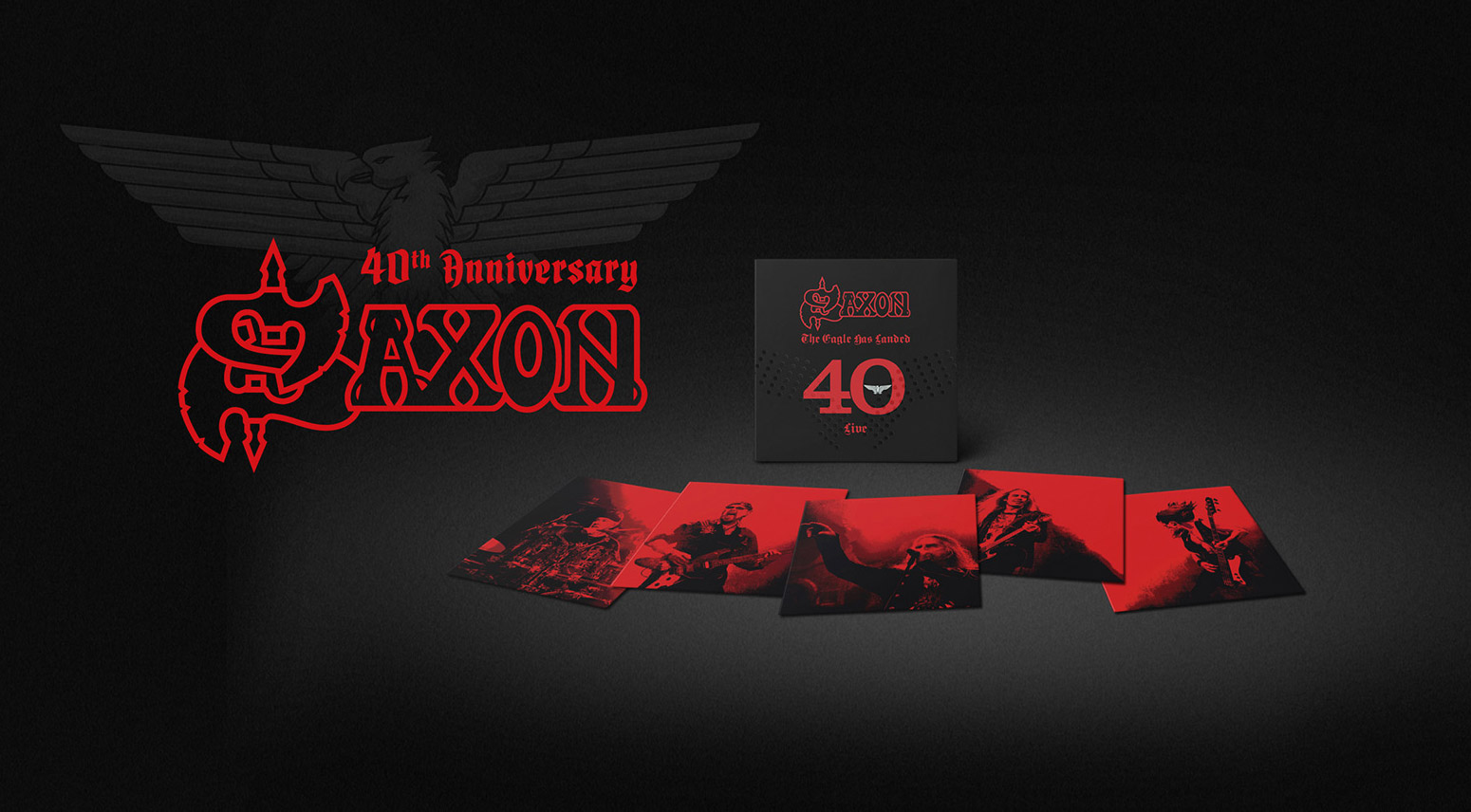 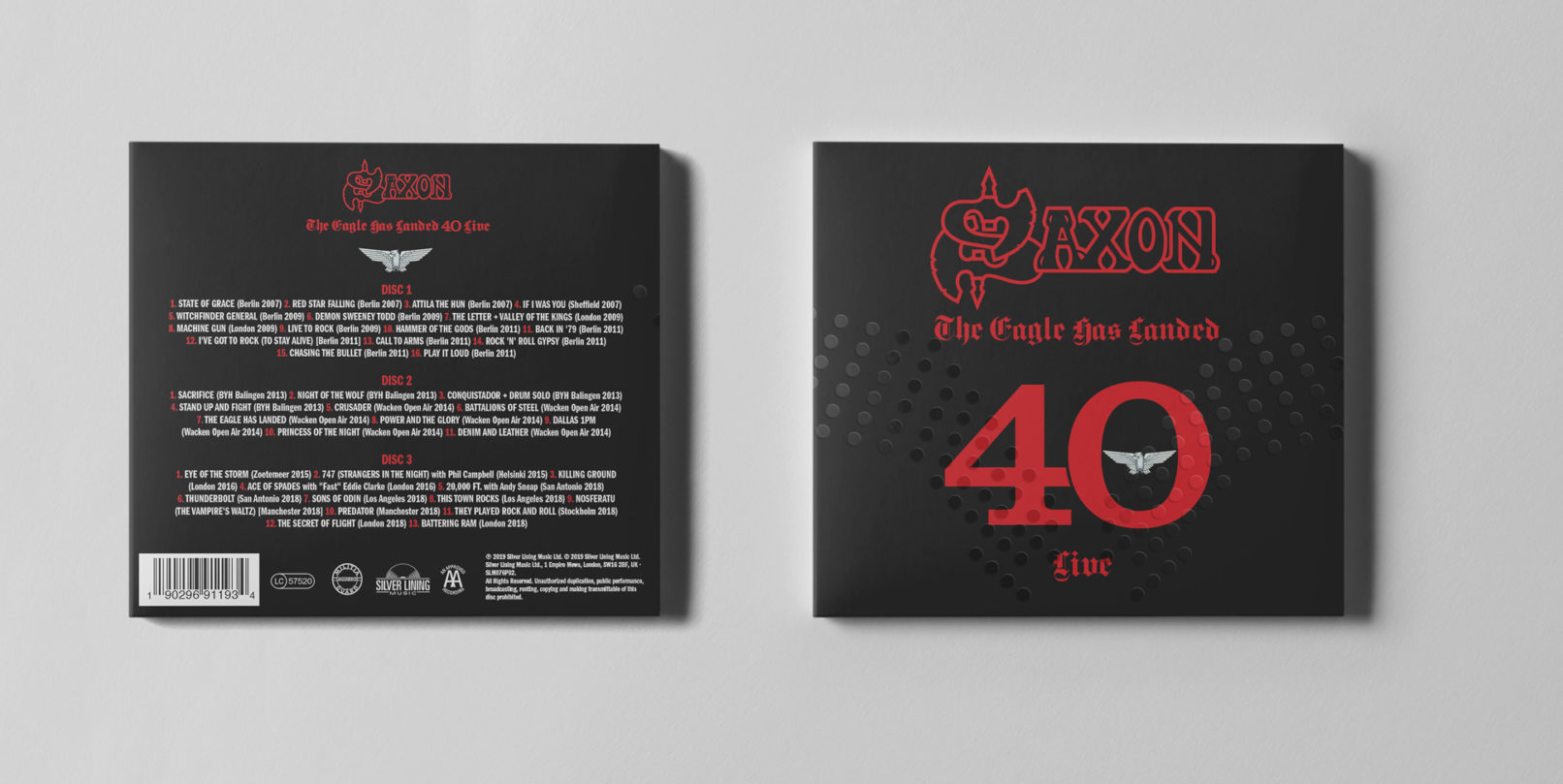 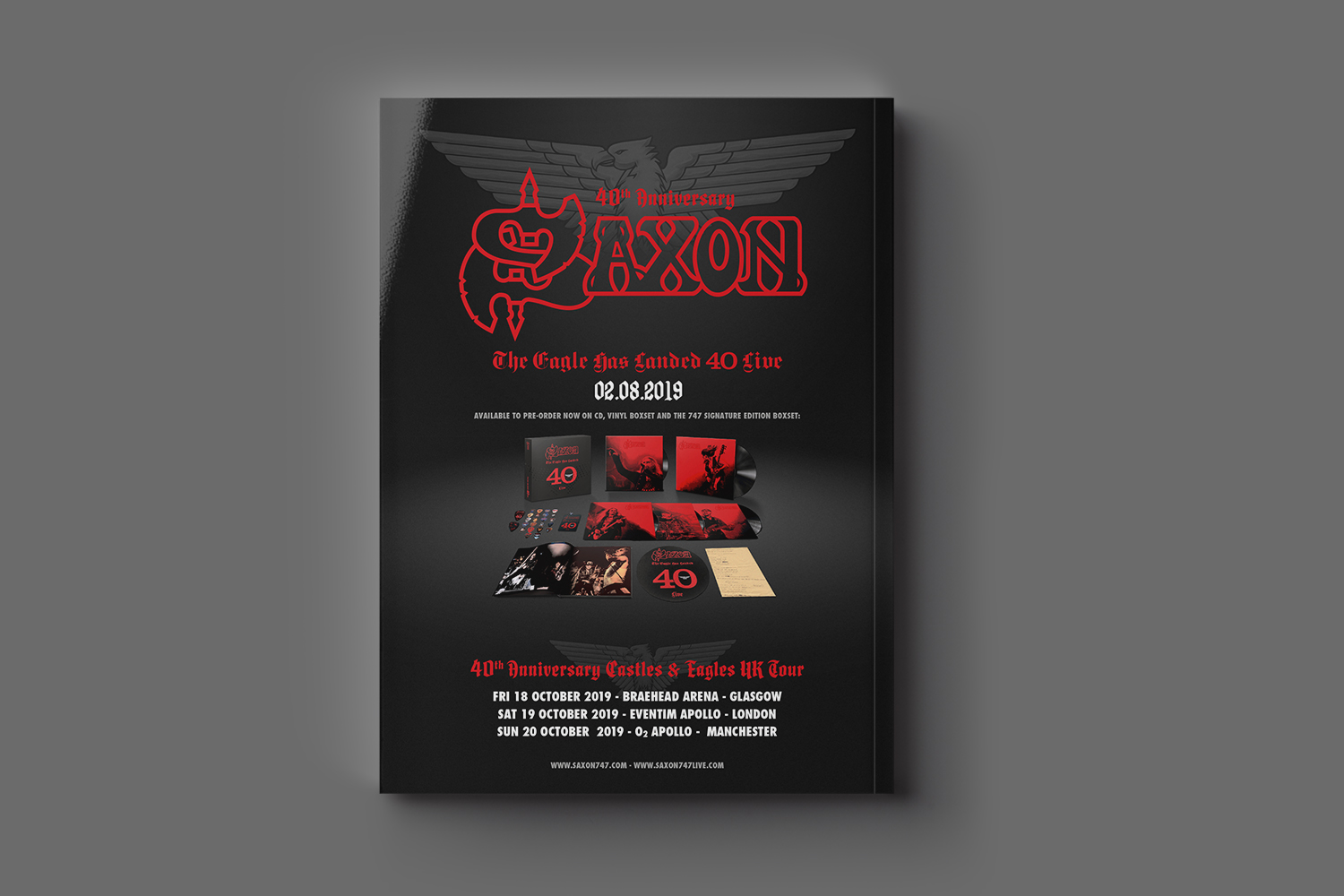 Ad featured on the back cover of Metal Hammer UK Magazine. 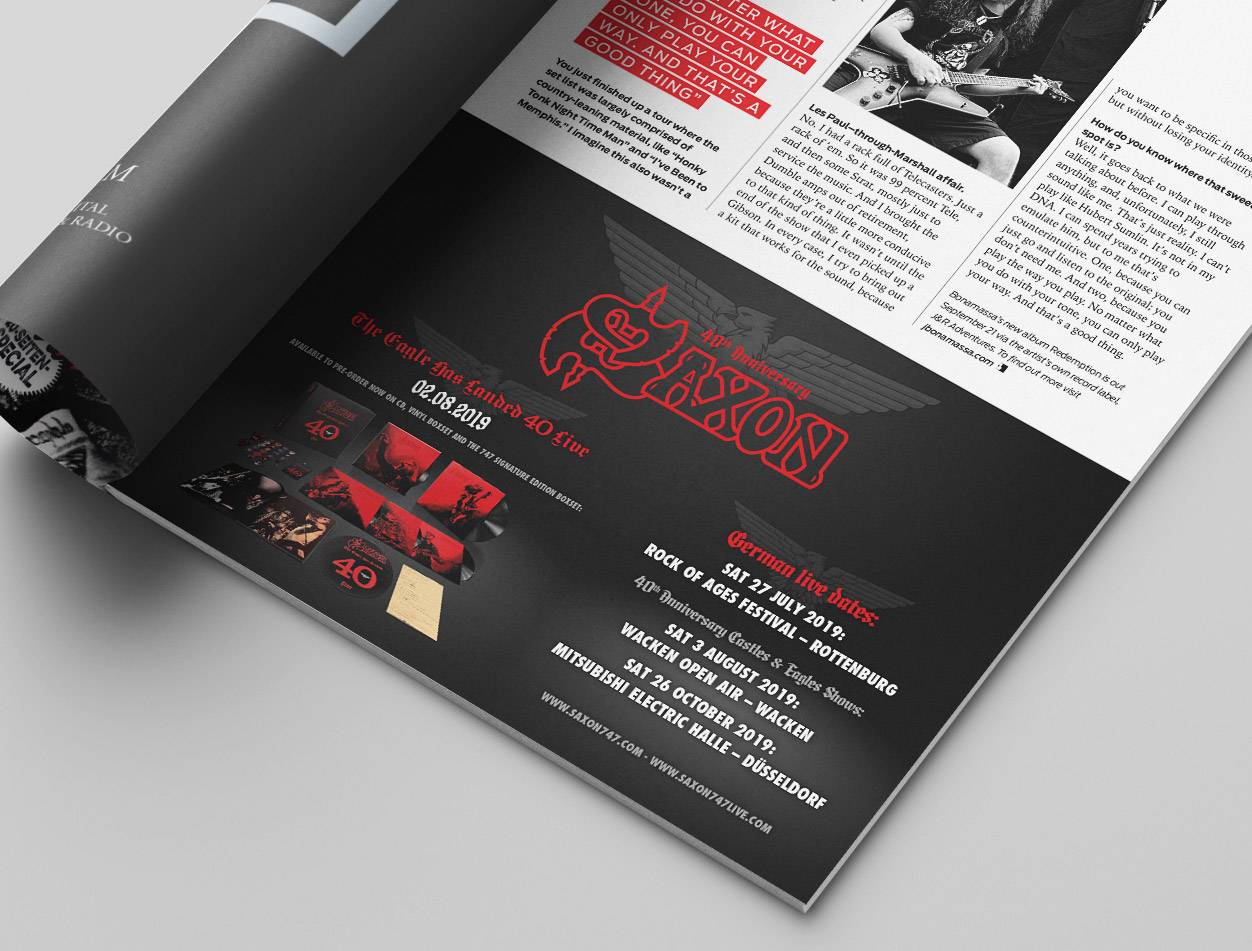 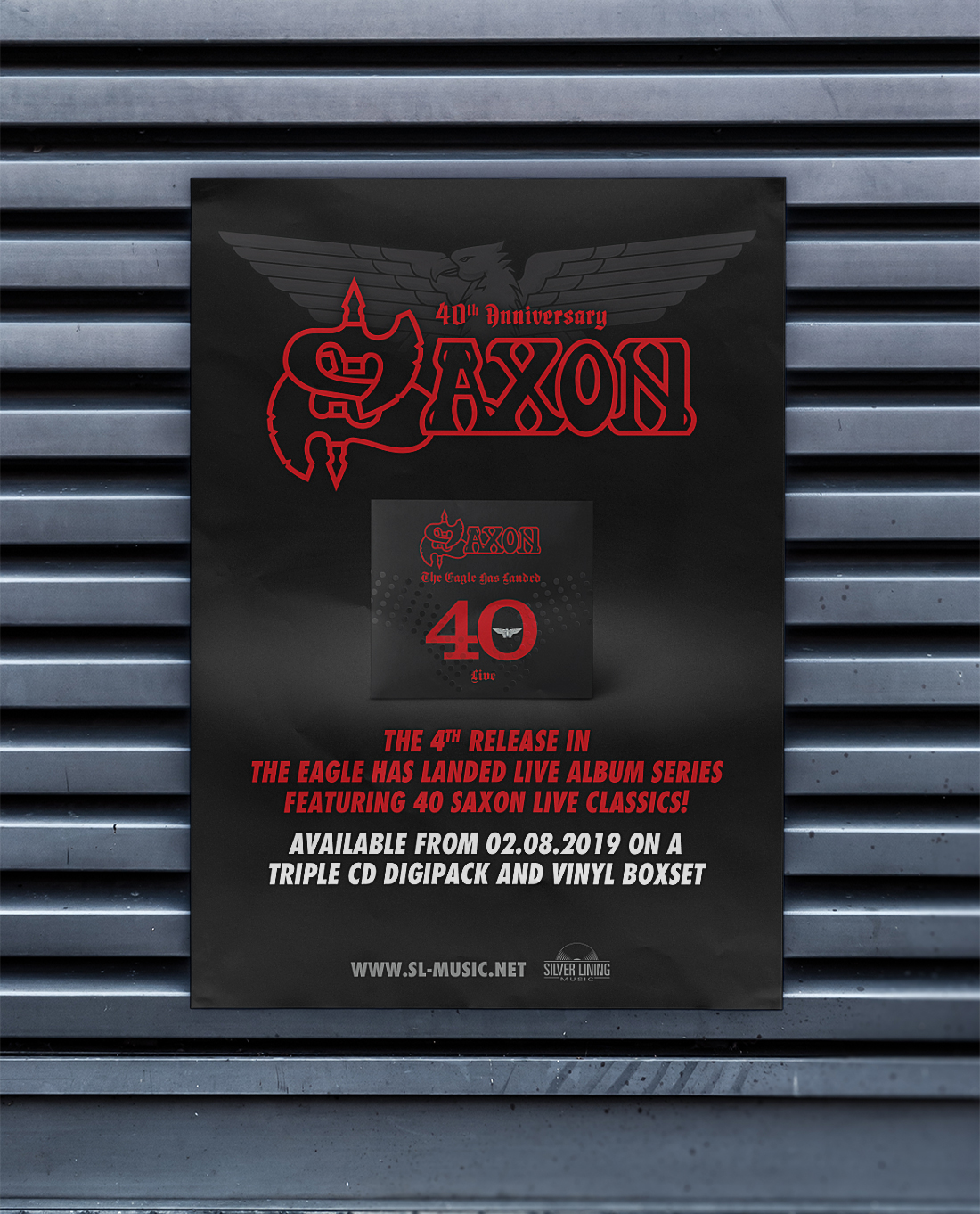 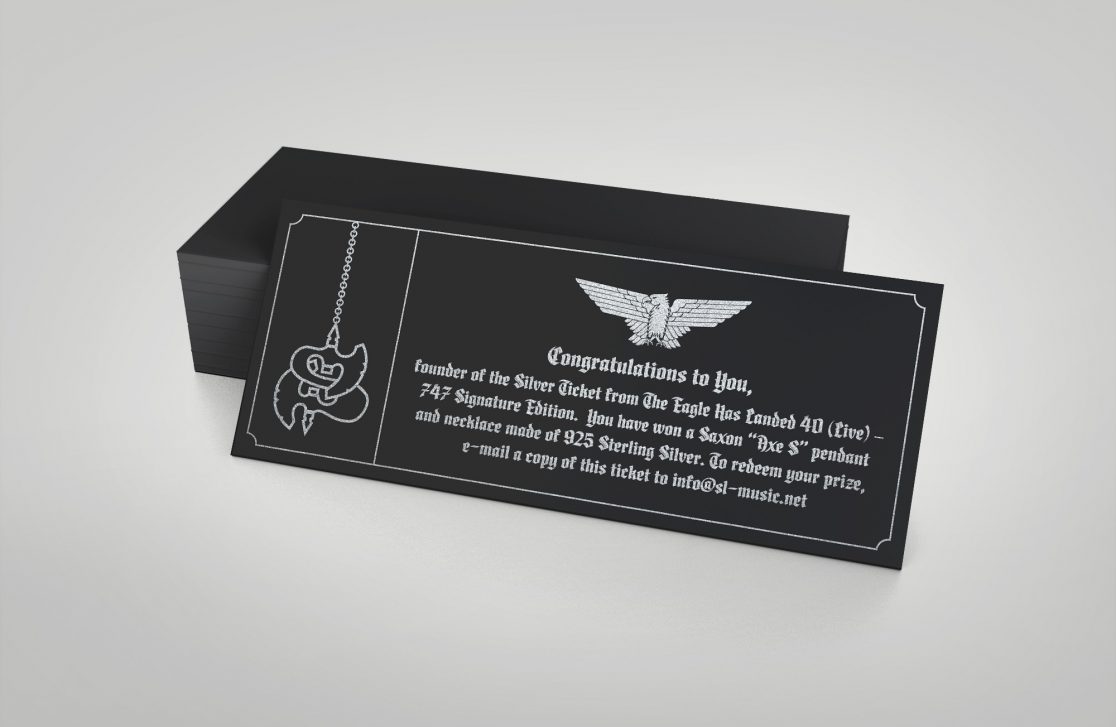 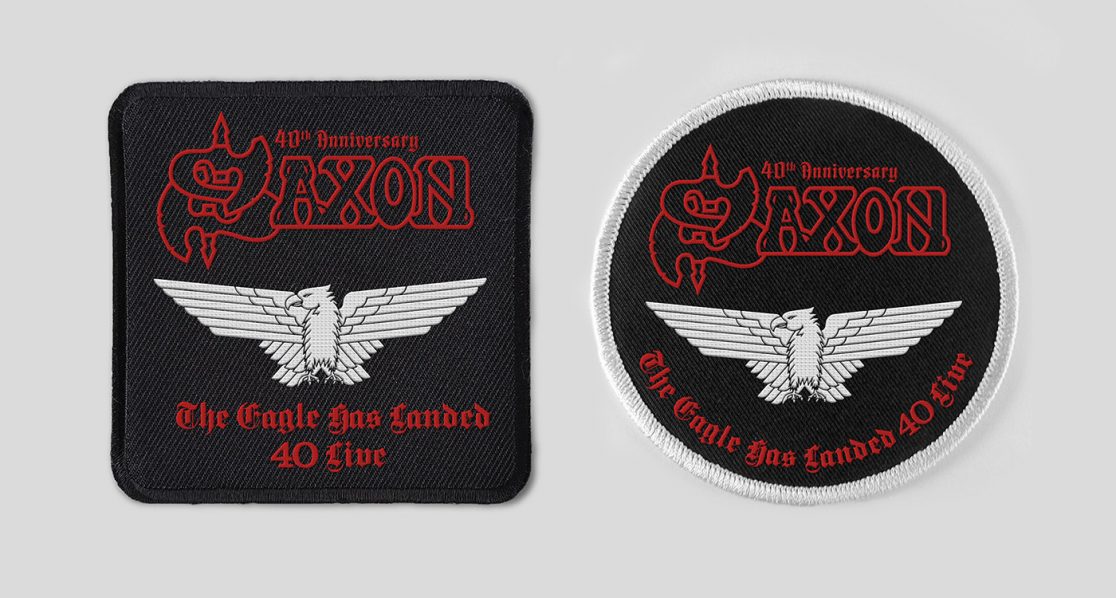 For those who don’t know Saxon, here are a couple of songs included in the “The Eagle Has Landed Live – 40th Anniversary” album: