Originally made in 2004 for a final project in Telecommunications Engineering, –design of a hardware AES encryptor in hardware–, we made an animation in Flash to graphically explain the operation of the cryptographic algorithm Rijndael (AES), trying to show in a simplified way an algorithm that includes a lot of complex mathematics. In 2007 an enhanced version was made for the CrypTool Project, a free e-learning software from Germany to teach cryptographic concepts. Nowadays the AES animation is used in cryptography courses at universities in more than 20 countries. View (requires Flash). 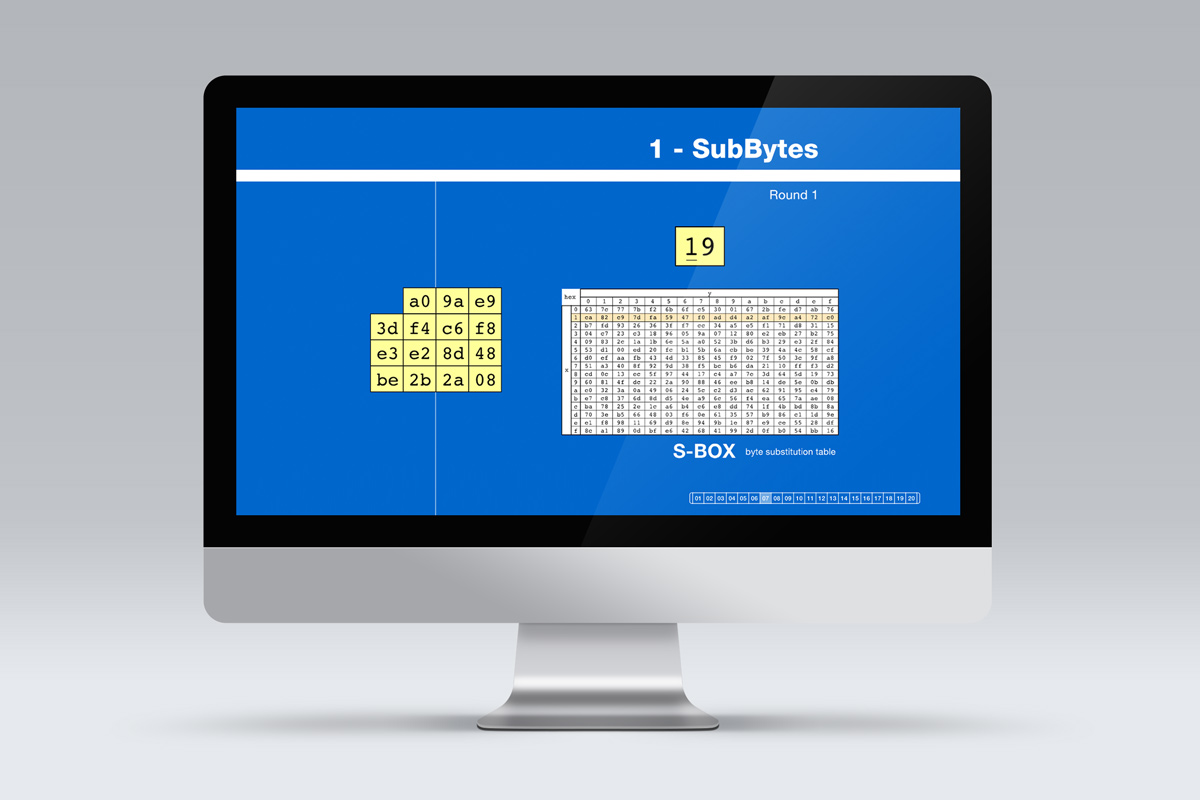 In case you don’t have Flash installed, here’s a (non interactive) video version in youtube to watch:

Complementing the above Rijndael Animation, we developed Rijndael Inspector, an educational app to encrypt a block of data with Rijndael visualizing the intermediate results as the algorithm progresses. It was made in Flash using the Actionscript programming language and is included in the CrypTool Project. View (requires Flash) 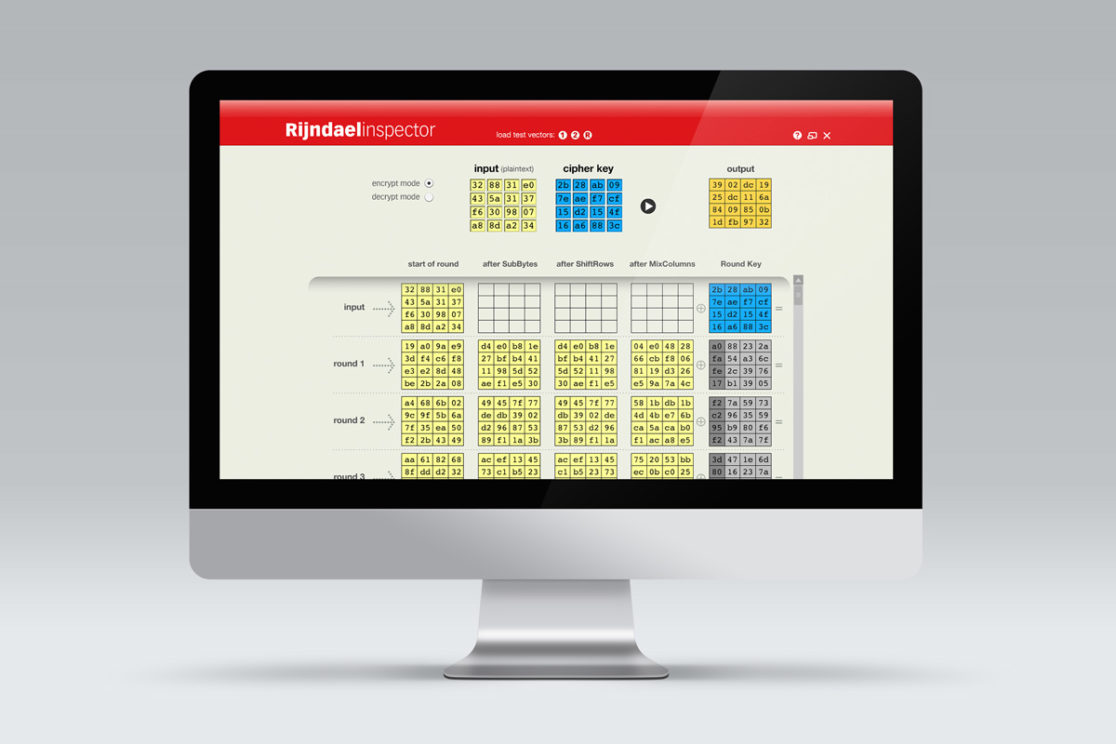